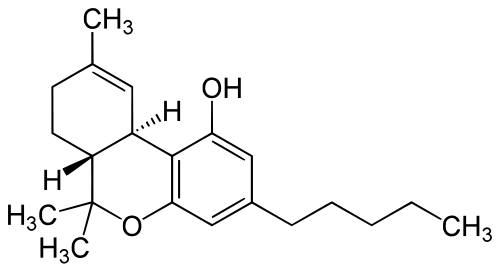 OK, it is possible to get to tripping status with cannabis. It’s even possible to do this by smoking it, although it’s quite difficult to smoke that much, in general.

The way to do that is to eat it. Not raw marijuana itself, but cooked into something edible containing oil or fat (and preferably yummy) at no more than 350° F. The heat releases all the important compounds (called cannabinoids) and lets them bind with the oil/fat, which then allows them to work properly through the wonders of your digestive system, which will not be detailed here at this time.

Don’t be turned off by the word “fat”: it doesn’t take much, but it is important. For example, lots of people have made “tea tea”, or tea steeped from marijuana leaves. Lots of fun, but more or less a waste if you want to actually feel anything, because hot water alone won’t release cannabinoids. You can even mix lots of good pot into a Starbucks latte or cappucino, and nothing will happen either, because all baristas know you must use skim (fat-free) milk for frothing!

But mix some of that ganja into anything with cheese, regular milk, butter (not margarine!), or cooking oil at the right temperature and hold on Nelly. This is why and how pot brownies (obligatory Alice B. Toklas reference) became so popular, and why I’m going to be posting all kinds of cool recipes that both start and cure the munchies simultaneously 🙂

Oh yes, I was talking about tripping. Well, it was a simple mistake really. I just happened to buy this cute little coffee cake from a local MMJ dispensary. It’s a little less than 3 x 4 inches, so I subconsciously figured it was a single serving. But just to be safe, I cut it into 4 parts and tried one of the parts.

See, this wasn’t a regular coffee cake. Yes, yes, we all know it had marijuana in it, but my point is that its purpose was apparently to provide enough medication for quite a while. To put it another way, it should have been marked something like, “MMJ Party Cake! Perfect for you and like three dozen of your best friends!” Because, as I have subsequently calculated, the correct dose is closer to 1/8 of each of the pieces I cut. Kinda sorta like 1/32 of the whole cake. Which means that I essentially took an 8X overdose.

Luckily, marijuana is one of the least toxic substances known to man, so I didn’t have to worry about it killing me or anything. And fortunately, I have a lot of experience with all sorts of psychedelic delicacies.

Unfortunately, all that experience is more than 35 years old. So even though I was able to keep my head on straight most of the time, I had quite an interesting ride (“Oh, this again…now I remember!” But it was too late).

Before I get into the details of this (which will probably scare you enough anyway), let me please warn you of two things:

1. It’s hard to estimate the actual dose of an edible, especially if you’re making it yourself and you’ve never done it that way before, and
2. Edibles take generally anywhere between 20 minutes and an hour to take effect.

Which means that, if you’re testing an edible, you have to wait an hour before you decide to “try a bit more”. Because if you don’t, you run the risk of taking too much. And let me tell you, there is nothing quite like the feeling that you’re suddenly way in over your head, and you know it will be getting stronger soon, and there’s not a damn thing you can do about it.

In my case, I was just sitting around wondering whether anything was going to happen, when everything seemed to be happening at once. First I couldn’t move. Well, let’s just say I didn’t want to move. I had no reason to move. Sitting was just great.

Then time started slowing down. Way down. I talked to my wife and then there was a short pause. Like for a week or so. Then I said something else, very slowly. I waited a few days, and she answered. It was quite unnerving. So I decided to lay down (because I was suddenly worried I might fall down otherwise).

At this point I wasn’t sure what was what, exactly. In fact, I spent the next half hour trying to figure out whether I had died or not. I wasn’t very upset about this, you understand, just wanted to know the status of things. Nothing in the room was moving or making any sound. Well, there was a cat looking at me, and every few minutes she turned her head 90 degrees and back like a surveillance camera (not in a complete circle or anything). I felt like I was still alive, but I figured that was possibly just a side effect of being dead and any minute the ambulance guys would come in, shake their heads, and cart me away.

Finally I figured out a way to keep track of time so I would know if it was playing tricks on me, which would also help me figure out if I was actually alive. I put on my earphones and started listening to familiar old 60s music. Just like in Hudson Hawk, I pretty much knew all the lengths of every song from that era…and if I forgot, I could look at the times on my iPod. iPod…yeah, that has a clock in it. Wait…

The preceding three paragraphs had taken about 10 minutes of actual clock time.

Did I mention point #3 to keep in mind?

3. Edibles last a hell of a lot longer than smoking.

Be careful out there, you hear?

Old Hippie is a father of two boys and thankfully living in California where all this kind of thing is legal. He started smoking marijuana in 1967 in high school, experimented with mind-expanding drugs of all kinds, and then straightened out 15 or so years later to become an airplane pilot. After being diagnosed with depression in 2000, he lost his job and most of the following decade to prescription medications (such as antidepressants) which sapped his energy and will. Finally, a chance conversation with a friend led to a doctor’s recommendation for medical marijuana (MMJ). This changed his entire life, health, and outlook for the better. BeyondChronic.com is his continuing story. It’s also his way to provide experienced advice on using medical marijuana effectively and responsibly, as well as advocacy, activism, and support for others. Old Hippie teaches about safe use of cannabis edibles, Canna Caps, vaporizers, dosing, and even microdosing.

Just got the link to this article. Boy, does this bring back a half memory or three!
Back in ’81, myself and a few other miscreants were sitting around the cave just pissing away the day when I got the brilliant idea to bake some hash brownies. Now, not only am I an ex-evil genius but I know my way around a well stocked kitchen.

I put about 4 oz of good shake and about 8 gms of so-so hash in a pan with a lb of butter. Steeped this for a good while (time was distorted by this time ’cause I had 12 gms of the hash so you can figure out where the other 4 gms went!) Well, I got the brownies made sometime later, baked at 350 deg for 30 minutes.

Safety Tip: Eat a brownie but have other ‘non-psychoactive’ food to munch on. Especially food ready to eat, not anything that takes preparation.

Two of my minions had to go home so I was left with 3/4 of the brownies and the other twoevil imps. We started to get the munchies and, although the kitchen was well stocked, there was nothing ready made. We were past the point of simple cognitive activity so we ate the brownies.

Note to self: Alice is not a cure for the munchies any more than gasoline is good for putting out fires.

I spent the next 12 hours planning the take over of the planet with my jade tree. One of my minions vanished into the night and wasn’t seen for four days. He was found playing fetch with a cat at the park. The cat was the one tossing the stick.

Thanks for the look back, OH.

That sounds like some serious brownies, Doc! Thanks for sharing the story!

Just stumbled on this link and your tale had me laughing so hard I was wiping my eyes. Many thanks! Loved the image of losing your friend to a game of fetch with a cat. Oh the memories of those early 80’s days…