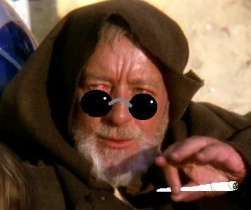 Dear Old Hippie: I wanted to make some marijuana cooking oil. So I bought around a quarter ounce of weed and I ground all of it up. Then I put ¾ cup of canola oil in a pot and started to heat it. When it started to simmer, I put the weed in and added about a cup of water (so not to burn the oil). I let it simmer for about 4 hours, separated the water out, and put the oil with the weed in a metal water bottle. The oil/weed mixture was a greenish color, but not the brown I’ve seen in videos on this subject.

OK, so is it a good idea to keep the mixture in the bottle for a while? Will the time in the bottle make it better/worse? Should the oil be a different color? I’m still living at home, so I’m worried that it will smell horribly like weed if I make brownies in my house using that oil. Does it have to be refrigerated? I’m planning on holding it for at least 2 weeks. Did I do anything wrong?

A: So many questions, grasshopper. But that’ s a good thing, because a curious mind will take you much further and teach you much more than “just give me an easy recipe”.

Clearly, you’ve already done some research, and found out that extracting the active components from marijuana for food use requires a fatty substance, since THC is fat-soluble. Most people use either butter or oil, because those appear in a great many recipes, but you could also use things like milk, soy milk, yogurt (none of which can be low- or non-fat, obviously), or nuts. The other part of the equation is that heat will greatly speed up this extraction, which makes it difficult to work with dairy products without overheating them and ruining the taste. Otherwise, an extraction takes weeks or months, which also rules dairy products out.

Butter is usually easier to make without overheating, but your trick of adding water to the mix prevented the heat from going too high and ruining the oil (it would still work, but it would taste rather nasty). So you did good!

Here’s an old trick that will help you separate either oil or butter from the water next time: just pop the whole shebang in the refrigerator! The water will separate from the fat,  and then just pour it off and you’re done. But if you don’t like picking little pieces of stem out of your teeth, please filter the weed material out after cooking (you can use a coffee filter or cheesecloth) and before you solidify the butter in the fridge.

Now, why did it come out green, you ask? Because you put it in green. All plants have chlorophyll, which turn them green and allow photosynthesis, and the process of extracting the THC and other cannabinoids also pulled the chlorophyll out too (since it’s also fat-soluble). Unfortunately, chlorophyll tastes rather nasty to those of us who aren’t ruminants (cows, goats, llamas, etc.).

Next time, you’ll want to decarboxylate your weed before attempting to cook with it in any way. This simple process burns off the chlorophyll while heat-activating the cannabinoids in the plant so your body can use them more efficiently. Or to put it another way: it’ll be a lot stronger and taste better. All you have to do is put the weed in the oven for an hour at 225°F . This will make it brown, crisp, and brittle (and easier to grind up, by the way) without burning off your THC. This procedure will definitely smell up your kitchen, though.

Since you’re concerned about smell, another old trick is to make some popcorn while you’re decarboxylating or baking to help mask the smell. But frankly, brownies are a dead giveaway because everyone associates them with weed. You can make near anything with cannabis cooking oil! You can put it in salad dressing, soak bread in it, and even add it to Nutella. Whatever you bake, though, it’s a bit safer to make sure the temperature doesn’t go over 350°F (the temperature THC starts vaporizing). If the recipe says 375°F, use 350°F and just bake them a bit longer.

Now, will unrefrigerated oil go bad? Not at all, no more than canola oil will in general (butter is a different story, though). The cannabis doesn’t change the basic properties of the oil. I have a gallon of plain canola oil under my sink that’s been there for most of a year, and a bunch of cannabis-infused canola oil in a cabinet that’s been there for months. They’re both just fine. You might want to use a glass bottle, though, for better taste.

You can actually make cannabis cooking oil with any edible cooking oil, and the higher the fat content, the better. That means that canola oil is actually the worst possible oil to use for this, since it has such a low fat content (that’s good for people who eat a lot of fried foods, perhaps, but not so great for extracting cannabinoids). I’ve gotten good (and very tasty!) results with olive oil, and great results with coconut oil (although it’s not recommended to use coconut oil for deep frying due to its relatively low smoke point of 351°F).

Just keep your special oil away from light and heat and it won’t lose potency. Ironically, hemp oil (actually hempseed oil) from the health food store, which has no THC in it whatsoever, goes bad relatively quickly if not refrigerated, so I wouldn’t use it (also because it tastes rather strongly like weed!).
–
Got a question for Old Hippie? Send in your questions to him here or post a comment below.

I like that tip about freezing off the water. I’ll try that next time. I like to use olive oil and coconut oil. Coconut oil is great if you’re making a body rub, and you can cook with it, too.

Can you tell me how much cannabis to how much olive oil I should use. I had cancer 2x and the chemo and other drugs gave me cirhosis of the liver..They tell me not to drink but go ahead and smoke weed because that is safer, However, I live in a state where medical cannibis is illegal and they can’t write me a scrip..that really sucks. Smoking is harsh and I would love to learn other ways to ingest it without all the coughing. I have been smoking it 45 years and I don’t want to give it up just because I am a grandmother now! Keep writing I enjoy your stuff…actually I just found this page today! Right on!

Well, the ratios at the top of the article are OK, but if you want to give it a try, I’d use 1/8 ounce of weed and 1 cup of olive oil. That should get you started nicely. And avoid tinctures if you have liver problems, unless they’re made from glycerine instead of alcohol. Nugs and hugs to another grandparent!

My husband says we need to use bette weed…we use what I call “mortgage” weed because it isn’t expensive and I can afford to make my mortgage payments lol. Do you need to use a high quality weed to make nutella firecrackers or the infused oil?

Not at all…just more of it for the same effect. Keep your house!

Hi my friend. You were so helpful back in 2013!!! I finally made my magic olive oil tonight! Awesome!!
8 hours in my crock pot. It looks like espresso or engine oil!! Lol but I’m stoned for the last 3 hours. Nice not to smoke and hack.
Thanks so much.
Next is the butter 👌

OMG that was awesome….caught the first sign of a buzz less than 2 hours after eating half a firecracker and it just got better and better….even nibbled on the other half later on (maybe 3-4 hours later). After 10 hours I was still enjoying the euphoria…thank you that was great. Next on the menu is the olive oil…how long do I keep it in the little baby crockpot before pronouncing it ready to serve? I have one of those little things for years and never use it. That ends here today lol.Thanks you OH…!!

Maria, for best results, keep it warm for a long time. I usually am in a hurry and take it out after an hour or two, but most people say 4 hours to overnight for the best results. You can’t hurt it in the little crockpot anyway. Nugs and hugs!